Sale on canvas prints! Use code ABCXYZ at checkout for a special discount!

My historic Toronto painting "Toronto Traffic Cop 1912" appeared in an article (attached link) on the cover of The National Post Homes Section on September 17, 2016. 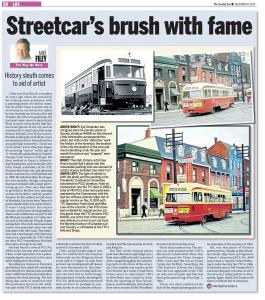 Toronto Sun Article June 2010
Mike Filey
The Way We Were

Toronto Sun Article July 16, 2006
Mike Filey
The Way We Were 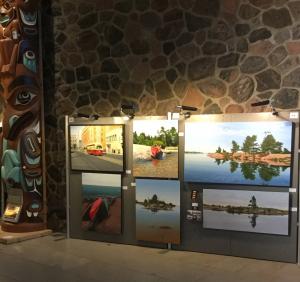 Here was my "Best of Show" feature display in the main Grand Hall at this years 25th McMichael Autumn Art Sale. The show was a great success and The McMichael Volunteers raised over $125,000 this weekend selling fabulous new Canadian artists!
I did very well with a few large canvas sales! I spoke with thousands of people and most importantly, my works were received with such fantastic interest, compliments and praise.

Thanks to those who purchased, and to all who attended and supported me with your kind words and "likes".

Kirsch Receives Best of Show at The 2014 McMichael 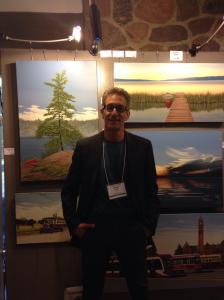 The 100th Anniversary Presentation of the sailing of the historic Toronto Trillium Steamship June 2010.
Kenneth M Kirsch presenting his painting of the Toronto Trillium aboard the ship to Toronto Mayor David Miller.
Toronto Historian Mike Filey was also in attendance. 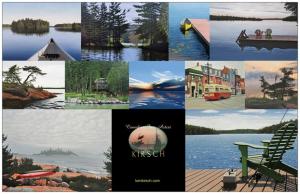 These hi-gloss jumbo postcards will be handed out at the Canadian McMichael Collection's 25th Annual Autumn Art Show and Sale this October 23-25, 2015.

Canoe Trip in Georgian Bay to gather resources for my paintings this past summer of 2015. 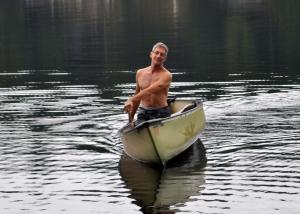 I was an avid canoeist as a young boy, receiving my "Ontario Masters" in canoeing and teaching as a canoe instructor at summer camp in my teens.
It's been awhile since my last real canoe trip (Massassauga 5 day solo in 2009). This year we planned Georgian Bay, Philip Edward Island.
I found that getting back out on more frequent canoe trips (as I did this summer), and exploring our great northern lakes and forests has infused in me new feelings of inspiration, resulting in some great sketches and paintings! My work seems to be improving, rapidly.
The Summer of '15 will be fondly remembered by me (and some of my work I suppose). 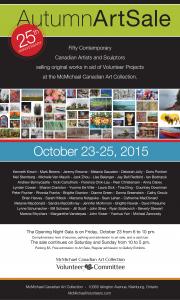 Kenneth M Kirsch comes back again this year as "Best in Show" for the 25th Anniversary of the Canadian McMichael Collections Annual Fall Art Show and Sale,
October 23-25, 2015, Kleinburg, Ontario.